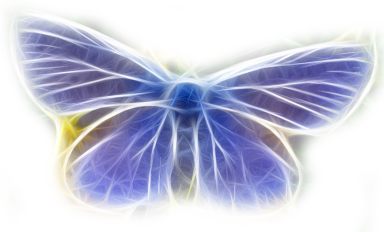 The traveler without a clear destination will go the furtherest

Writing books is not so easy for me, not so much finding the right words and putting them into proper phrases, but it’s a lot harder to streamline the material in such a way that it is perceived and kept in the readers’ memory easily enough. Though I will feel more comfortable writing this book, as it is not a work of fiction, where you have to follow the story line, as well as this is not a book on introspective psychology, where you have to be consistent and clear when introducing definitions, also where you have to have logical arguments and so on.  This book is just a flow of thoughts in a free order on different topics, but connected with one common core – enlightened perceptions, their role in the past, present and future as I understand. I emphasize – “as I understand”, not “as it is”, or “has been”. In other words, this is not a historical, and of course not a scientific book claiming to be a comprehensive analysis of phenomena. This is a book of a specialist in the area of enlightened perceptions (EPs) and other human perceptions, of an amateur in all other fields, a book of a person that wants to see and imagine the role of these enlightened perceptions in the past, present and future.

(From the book “Selection of the attractive states”: “Enlightened perceptions (EPs) are the perceptions that can be designated by the following words: affection, feeling of beauty, aspiration, serenity, joy of creativity, fondness, delight, anticipation, expectation and others.

Differentiating features of the EPs:

1) high intensity of EPs has no object, i.e. there is no “possessiveness” or “focus” on somebody; it is characterized with appeal, omnitude, penetration and profoundness (see the definitions of these terms in the chapter “terms”).

2) any EP resonates with other EPs (i.e. when there is one EP, it intensifies another and increases the probability of other EPs to unfold).

3) EPs are incompatible with the negative emotions (NEs) and dullness – the stronger the distresses, the weaker and less frequent the EPs are).

Bill Bryson wrote in his book “A Short History Of Nearly Everything”: “Then, much later – about four or five years ago, I suppose – I was on a long flight across the Pacific, staring idly out the window at moonlit ocean, when it occurred to me with a certain uncomfortable forcefulness that I didn’t know the first thing about the only planet I was ever going to live on. I had no idea, for example, why the oceans were salty but the Great Lakes weren’t. Didn’t have the faintest idea. I didn’t know if the oceans were growing more salty with time or less, and whether ocean salinity levels was something I should be concerned about or not. (I am very pleased to tell you that until the late 1970s scientists didn’t know the answers to these questions either. They just didn’t talk about it very). The ocean salinity, of course, represented only the merest sliver of my ignorance. I didn’t know what a proton was, or a protein, didn’t know a quark from a quasar, didn’t understand how geologists could look at layer of rock on a canyon wall and tell you how old it was – didn’t know anything, really”.

I understand him very well, because I also experienced this lack of knowledge – regarding all sorts of odds and ends, like oceans salinity and quasars, and – especially – relating to what is happening with me as a personality and to the perceptions. If living without certain knowledge about oceans salinity is more or less acceptable, then living without understanding what and why happens in my perceptions, seems to be intolerable. As a result, I began my investigations, starting with the elementary – identifying and naming separate perceptions, then I proceeded opening all the consistent patterns (now they seem to me so simple and obvious), which are the subject of my introductory book “Selection of the attractive states”.

For the overwhelming majority of people this book will be boring, as it is not so interesting to read about something having very little in common with you. This is right not only for people, but even for non-human primates – chimpanzee Lana that had an active vocabulary of about 200 words, viewed “The Developmental Anatomy of the Chimpanzee” 245 times (!) and paid practically no attention to other films, available for her.