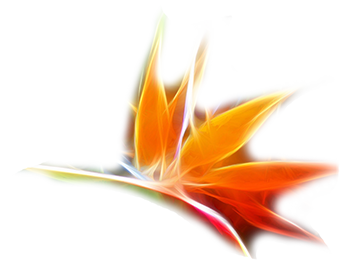 …It happened two years ago. My lover of that period was a professional alpinist… maybe this is why I fell in love with him? From an early age I was fascinated with everything that had anything to deal with rocks and snow covered mountains. Though, that was not the only reason, at the top of his arsenal of a few notorious mountains, he also had a first-class sexual intuition… For a rather long time I was asking him to take me to the mountains, but my body structure was not good for companionship, as I would not be able to support him in a hard situation. But one day his old friend turned up. He spent three years in Mexico on the quest of shamans and nagvals, but looked like he found nothing and returned to Moscow. That was the beginning of April, there was just enough time to prepare for climbing during the May holidays. Soon I had an ice-axe, climbing irons, a large rucksack and a mass of other different gear to be safe from night frosts, merciless winds and snow storms. Wrapped “by all rules”, I looked like an astronaut or an alien. When spring came to Moscow, we went to the winter, however it was a different winter from the one I was used to.

Immediately, Oleg surprised me by becoming unsociable in a non-aggressive manner, though, and he looked strange. I could not understand the reason why he was strange, but he was one of those accepted as “other-worldly”, sometimes such people are real crazy, but other times they are adequate and sensible. For that moment I still did not have an adequate opinion of Oleg, and it was a little uneasy to be with him. I could not identify any obvious reasons for this uneasiness and was waiting for the  moment to at last understand what sort of person he was, though Oleg was not keen to communicate with me. Judging by what Andrey told me, earlier Oleg was a very sociable and open person, the “life of a party”. This mismatch between the past and the present triggered my curiosity and I thought maybe his trip to Mexico changed him so dramatically. I was waiting for any convenient chance to chat with Oleg about what had happened with him from the last two years.

The situation developed rapidly. I woke up early in the morning at Andrey’s place in Zelenograd, by lunch time we arrived to Minvody, rented a car, filled the bottles from Pepsi-cola with gasoline for our primus stoves, and about by 4 in the afternoon we came to Huzrook – the last village on the way to Elbrus from the North. This speed of the situation development was impressive! In Huzrook we took all our belongings from the car, carried them as a pile to a walk way up along the stream and started re-packing. There was so much of everything! The way a crow is attracted to everything shiny, the same way my eyes were attracted every new piece of equipment, and I insistently clarified the name and the function for each item: jumar, snap hook, 8 descender, ice screw, ice-axe, ice hammer, spare pump for the primus stove, spare seals for the primus stove… is it so complicated, this primus stove? As a result my rucksack weighed about 17 kgs, and the guys had to have 27kgs each. The rest few hours before dark were spent ascending and left no doubts that our climb will not be easy.

In a day we already were surrounded by the perpetual snow, trod a path in the snow towards a giant “iron” – a brow rock. In spite of the hard work and monotony, all the time I was absolutely happy – because there were MOUNTAINS around me! No words or photos can express this all-encompassing spaciousness, this delight of physical touch of the grandeur rock, this magnificently wide sky, the merciless, but soft wind… It was getting dark, when we camped for the night. I was assisting to put up the tent, which was not easy due to the unexpected wind gusts altering with flat calmness, and I discovered that even the most simple movement made me feel tired, the increasing heaviness in my head prevented my concentration – that was the beginning of the altitude sickness. I chose a place with a good view of about thirty meters away from the tent to stay in solitude for some time. The sky had no clouds. The silence was so profound, that I could hear a flowing stream far away, or was it an illusion? It was so unusual to be able to hear distinctly all sounds, which were absorbed in our everyday life by the surrounding background noise – to hear my breath (it turned out the way I was breathing was so interesting!), any movement of my hand, my head, my foot, I could even hear the snow falling. There were only the mountain peaks, covered with perpetual snow, no movement – the frozen tops, catching the last sunrays… A minute later the mountains looked like on fire, and I was charmed to watch the sunset playing with the snow, and suddenly this scenery as if captured me – the fiery chill raised from the fingertips to my arms, I did not feel any support under myself and some noise appeared in my ears, first hardly perceptible, but rapidly increasing. I wanted to turn back and call for help, but I could not tear off my eyes from the mountains, and soon I felt my body as if boundless and now there was nobody to turn back to. There started something developing in the place, which once was me, and this “something” was thundering with a fiery magnificent chill, magically enclosing MY perception within itself . I did not know how long it lasted, it seemed just a few seconds. And it finished very simply and quickly – as if somebody just switched off the lights, and I discovered that my bum was cold and all my body was numb from sitting without motion. It meant it lasted not just a few seconds, but quite a bit longer!

This was the first time it happened to me. I got up and felt weak, but this weakness was pleasant. Looked like my friends did not notice anything, they did not even look up my way, as they were busy with their chores, because climbing required so much to be done. But for some unknown reason even for myself, I decided to say nothing about my experience.

As soon as the sun disappeared, it immediately became extremely cold. I would never think that the heat can change so quickly with the deadly cold! We quickly finished our supper, got into the tent and then got into the feather down sleeping bags, which now did not seem to me to be that thick. At night I had a meaningless dream, as suddenly something flared up, as if a bright light had been turned on, and this light was getting more and more radiant. It was impossible to hide from it, as it was emitted from everywhere. I screamed with fear, – it seemed to me it would kill me, tearing into pieces, and this was when I woke up with a fright. With a sleepy voice Andrey asked me what was happening. I told him my strange dream, he muttered this was probably my altitude sickness, then nestled me tight and fell asleep again.

In the morning Oleg woke me up and gave me sunscreen cream, a cap and ski sunglasses.

– Never leave the tent without this stuff, even in the evenings, – he was talking to me as with a naughty child. My pride was a bit hurt, because for the moment I still had no chance to show my worth, but he had already made an opinion about me, and it was not the best one.

The mountains were blinding – both in the direct and figurative meaning of this word. The glowing sun was straight above us, there was no wind. I took off the warm clothes and stayed in a tee-shirt with a light wind breaker jacket. We slowly were moving up with the ice-axes. Nothing promised any difficulties, far less a tragedy…